Discover how some of our members use their newsletters. Listen to them talk about their experiences.

$225,000 in Commissions from his Newsletters 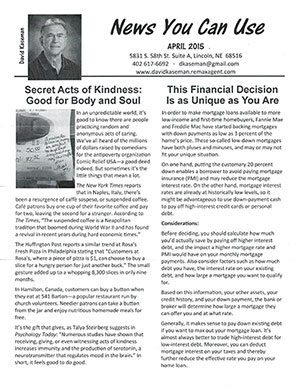 David Kaseman started in real estate in June 2010. In the country club area of Lincoln, Nebraska, David was the new kid in town — going up against some agents with 20-plus years of experience who were well-known in the area.

Within that first six months, David made only about six sales and earned about $19,000. In that area, buyer agents make 30 to 40 percent less than listing agents. David did not have any listings — he was a virtual unknown in the area and needed to figure out a way to compete with those other agents.

After that first six months, David subscribed to Ready to Go Newsletters and started distributing newsletters on a monthly basis. David makes his newsletter marketing campaign a family affair by having his kids put in jokes. He also offers up gardening tips, information on local businesses and places to shop locally in order to personalize the letter and establish himself as a brand.

David and his wife print off and walk 325 newsletters each around their neighborhood, thus creating a farm area and slowly becoming a well-known face in his target area.

David’s personalized marketing campaign is paying off, as he is now viewed as an authority around the neighborhood, and even gets information on listings before they are listed. One seller told him that even though they did not know David personally, they chose to list with him because he really works hard for his business.

David began to see a steady increase in sales year after year, which he attributes to his newsletter campaign. For example, in 2011, the first year he started handing these out, he had three sales resulting from the newsletter, and earned $12,000. In 2013 he sold over $8 million in total and was in the top 5 percent in the Lincoln market. For 2015 (up until April) he had two places under contract and has sold two others for a total of $1 million in sales, has two more houses listed and has four more on the way. David states that his return on investment (ROI) with newsletters is a huge number: He incurs $10,000 in hard costs for printing and the annual fee for Ready to Go Newsletters, and attributes approximately $225,000 of commissions to those newsletters.

The biggest ROI for David is being able to finally relax a bit, knowing that the newsletter and the farm area it created are like a savings account: they just keep earning interest. David states that he would not be in real estate today if he had not started newsletters and become an expert in his farm area.

Listen to David talk about his experience.

Became the 'Celebrity' Expert in Her Area 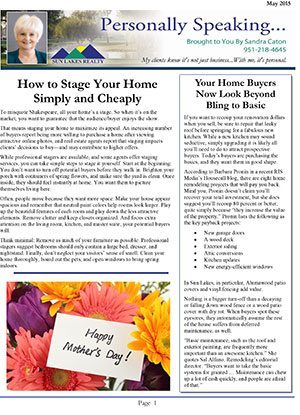 Sandra Caton is a real estate agent in Banning, California. Before she began using newsletters as a marketing campaign, Sandra was a sheep in a flock of many placing ads in a home community magazine. She had been doing a full-page color ad every month for approximately a year, but knew that in order to lead the pack she needed to send a newsletter to potential clients to take her business to the next level.

Sandra has been with Ready to Go Newsletters since 2013. Monthly, she prints and mails a four-page color newsletter to her clients and prospects. She sees the value of mailing to prospects as a way to keep her name and face front of mind — and as a way to gain referrals.

Every month Sandra brands her newsletter to suit her audience.

She often changes up the articles in the newsletter to better suit her specific market of 55-plus active seniors. Once in a while she will include stories and anecdotes that she feels would benefit her readers.

After two years of printing and mailing her newsletter to clients and prospects, she is now one of the most successful realtors in her niche.

She credits her newsletter campaign for helping her become a knowledgeable expert in her area, one whom people feel they know personally. A minor celebrity of sorts.

Sandra’s income has increased by 60 percent, and she credits this partly to her newsletters, which helped her break away from the rest of the herd.

My income has increased by 60%, partly as a result of the newsletter.

Listen to Sandra talk about her experience.

Leads, Referrals... and a $2m Transaction 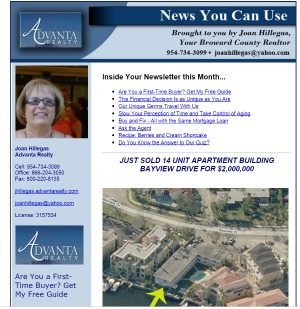 As a brand-new real estate agent in 2006, Joan Hillegas was as green as green could be. She had zero clients, and knew that she needed to find a low-cost method of promoting her business.

Ready to Go Newsletters provided a way for her to contact not only past clients, but also prospects and leads. Joan faced, and still faces, a big problem when it comes to the city of Fort Lauderdale: It is a heavily farmed area of agents with 30-plus years of experience that also passes the baton to the younger generation.

That is why the best tool for her has been the email newsletter — she is able to send out just solds, area information and statistics on an ad hoc basis. This information, plus keeping in consistent contact with leads, has been very beneficial.

A great bottom line for a real estate agent is to be recognized, and be recognized as an expert. Because of her newsletter, Joan often has people say to her that she is the only one they know in Florida. Because she is a recognized face, she often gets referrals.

Most recently, an early lead of hers that receives her newsletters referred her and she was able to sell multiple properties to his friends, including a $2 million apartment building in an affluent area of Fort Lauderdale. 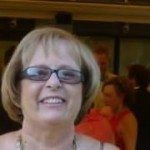 One of my earliest leads gets my newsletter and due to him I have sold multiple properties to his friends and the most recent was a 2 million dollar apartment building in a prestigious part of Fort Lauderdale.

Listen to Joan talk about her experience. 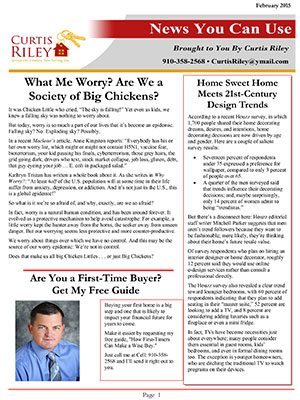 Curtis Riley was starting a new career in real estate after 21 years of working at USMC. He knew he needed a way to jump-start his business in a big way. As part of his marketing plan, he was looking for something that he could get in front of people that would be nice and informative and that people would hold on to.

He decided newsletters were the solution he needed. Curtis signed up for Ready to Go Newsletters in April of 2014 and incorporated the newsletter into his marketing plan. He uses the four-page self-mailer and has consistently mailed them to his subdivision as well as to any past clients on a monthly basis.

Curtis credits his persistence with mailing and the quality of the newsletters for his success. Because of his newsletter marketing campaign, he has six new listings in his subdivision. With such a large farm area, Curtis can now measure the impact of sending out newsletters and getting his name in front of people. 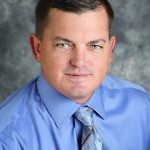 [Curtis] started as a brand new, new agent - has never done real estate before. Using the newsletter, once a month to a subdivision, and within the first three months he had six listings out of that subdivision.

Listen to Barbie talk about her experience.

Focusing on a Neighborhood Pays Off 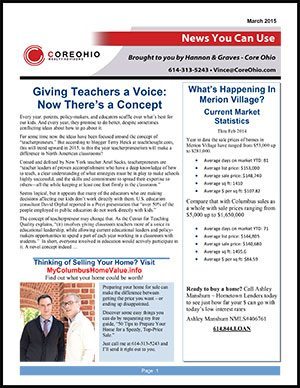 When Vince Graves started his real estate business, he had a huge hurdle to jump. He had just moved to Columbus, Ohio, from Cleveland and found that his entire sphere of influence was already in the real estate industry. He knew he had to make new contacts in order to survive, but living in a downtown neighborhood, he found it was not easy to meet the neighbors and create those relationships he needed.

Vince decided he needed to get personal. He started his subscription with Ready to Go Newsletters in February of this year and printed and mailed the ready-made Every Day Direct Mail (EDDM) newsletter. He sends the EDDM to 755 people in his neighborhood once a month, as well as the self-mailer to his past clients and those who have requested a home valuation through his email marketing channels. He chose to focus on his neighborhood because it had a very high walk score, and he wanted to send the newsletter to people who would see him out and about where they could say hi or ask him questions.

Within two weeks, Vince began to see results. He had his next-door neighbor stop by to ask him to help them buy a home. They were renters and new parents and were ready to head to the suburbs. His neighbor then put him in touch with her landlord to list the rental home when their lease was up.

Two more neighbors also approached him and will be listing their homes with him as well. Because he was viewed as an expert, he offered renovation advice to upgrade their homes and help them gain an edge in a competitive market.

From that first newsletter, Vince was able to add four new clients and will earn somewhere around $10,000-$15,000 in commissions. His outgoing costs were the Ready to Go Newsletters subscription fee ($97 a month) and $138 in postage.

By investing in a newsletter marketing campaign, Vince was able to get new contacts, become a resident expert and increase his commissions without breaking the budget.

From sending out just my first newsletter I picked up 4 new clients and will earn somewhere around $10,000 to $15,000 in commissions.